Wise man Donald Rumsfeld. Republican which obviously isn’t great and a bit of a sexist pig by all accounts but this known unknowns stuff? Wise words indeed. The thing with this apparent older and wiser lark is that the only real gem you can possible glean as you lurch through the decades, is that we all are merely a collective of clueless eejits: At some point the penny drops that we actually know sweet feck all and from there on in, the more you learn, you realise you know even less than you thought. This is actually grand as you are by now usually too tired to care, and it is in a way quite liberating as you can stop being surprised when life isn’t going the way you planned, settle in with a glass of wine and onesie and wait for the known, and unknown unknowns to start flying.

We are trying to channel Rumsfeld as we, in a shock departure of our usual procrastination and a rare moment of what would appear to be actual progression, have finally put in plans for this little build of ours. (and yes, there is an island. By god, there is an island. And a downstairs cloakroom – note this is different and seperate from a loo. Which we also have. And an inner courtyard. AN INNER COURTYARD, I don’t even know who we are anymore – middle class impressionable f*ckwits obviously but nonetheless, I would go to a dinner party in our new gaff!).

We have hit a major milestone with this little project of ours. Despite our faffing, and I know we have been droning about this for waay too long at this stage while other people have probably built towns and villages, we have finally put in for planning permission.
Its been largely, great. Well great for us in that despite never having had any inclination to create and design our own house from scratch, it has turned out to be an absolute dream to have a bash at this. We have probably learned embarrassingly little about architecture, but have weirdly learned loads about each other, mainly that we have gone through 12 years together without realising the other had met its interior design twin.

Maybe it’s a good sign that it has taken us more than a decade to talk cushions and colour charts but Jesus there’s no stopping us now. Consequently we have gotten to indulge in many nights of semi booze fuelled conversations about the happiness to be gained from walk in larders, how our lives would be genuinely better if we had a specially designed hole in our countertop where we could scrape scraps into a bin trap type thing underneath and how we are really just a pair of chavs at heart in that we don’t really care about our bedroom or ensuite as no-one will ever really see it. See great for us, obviously a total snoozefest for everyone else, but we have had great craic.
So plans gone in to de corpo, we have now entered the drop zone – where our neighbours or actually anyone who wants really, has 5 weeks to object. Trying to head off the “known unknowns”, we (and by that I mean mainly Daragh who is maybe, probably, definitely, nicer than me) have been on a major charm offensive with our immediate neighbours. In a kind of passive stalking/ harassment, we’ve been annoying them with nonsense random drop-ins in the hope of leaving enough mini love bombs at their doors that they are too embarrassed to object to our plans. In a hilarious rebuffal of our advances, one has told us he hasn’t decided yet whether to object. He might. Or not. Sure he’ll see.

Claire and Daragh couldn’t see what their neighbour’s problem was: exposed brick is all the rage!

We have even chopped down a fairly massive tree at fairly massive expense to give one of them more light, in the hope they join team “la Isla bonita”. In truth we don’t think there is much to object to: a close second to owning a derelict home is probably living beside a derelict home so we hoping that sense and dollar signs stack up and they keep schtum. 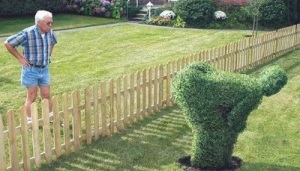 Daragh couldnt understand why his neighbour wasn’t thrilled with his tree pruning. And him having gone to all that expense

We shall see what happens, we’re trying to expect the worst but hope for the best but in truth, it kind of feels weird that people who aren’t us, potentially get a say in what we can or cannot do.

Daragh was struggling not to take his neighbours objection personally

Till now, its just been me, Daragh and the architect but none of it has felt real. I have no doubt reality will soon strike: from here on in, we are expecting a steady decline into absent builders, financial black holes and soul crushing Sundays spent in industrial estates looking at tiles and our children smashing them.

And that’s assuming we get permission: In the spirit of positive realism, we are working to a worst case scenario so are just waiting for the “unknown unknowns” to creep out of the woodwork or hedges or wherever they are lurking and object. Part of me is curious as to who they are, what their beef might be and whether this process will end up in an awkward meet and greet with our new neighbours.

Let them at it I say: For the first time in forever (apologies subliminal Frozen philosophy osmosis is a serious disease), we are beginning to see an actual end point to this and I for one am finally allowing myself to believe that this house will take the leap from tweet to street. So yep, maybe life laughs at plans and the unknowns are always going to keep on coming but one thing I do know is that dreams don’t work unless you do. So we’re going to work at this one. Bloody hard. And woe behold anyone who stands in our way. Hell hath no fury like an island or downstairs cloak room scorned.

← The shape of things to come
Model Citizens →
Follow Bricking it Dublin on WordPress.com 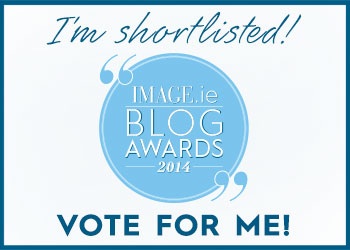